I purchased a 1GB module from amazon, located here. I removed the 4 screws on the underbody and slid off the cover. It is very easy to identify the compact flash card and the RAM module. Removed the RAM module and replaced it with the 1GB module.

Upon reload, I issued a:

You could also do a show version:

As we can see the 1GB module is working!! Now to upload and boot from the 9.1 image.
Copy over your 9.1 image however you see fit, for me I used PumpKIN and tftp’d it over. And don’t forget to designate it as the boot image.

Do a reload and verify the new version is the one being used.

***Here are some pictures on how to remove and locate the RAM module. 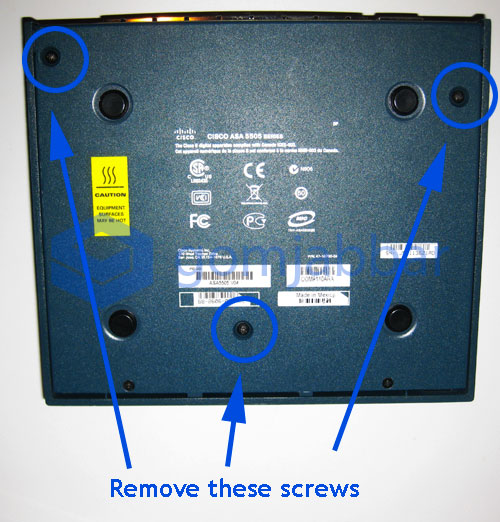 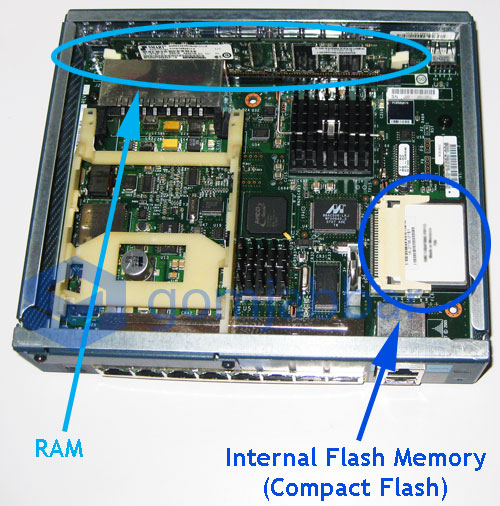