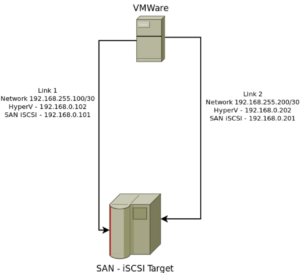 Part 1: Setting up our iSCSI Target with Linux

You can limit the access of the iSCSI connection by editing the initiator.allow and/or targets.allow.